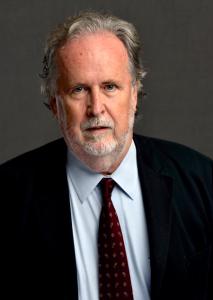 Senior Fulbright Fellowship as a Lecturer in American Literature at the University of Ouagadougou, Ouagadougou, Burkina Faso, West Africa, 1985-1986. Renewed 1986-1987.

Aaron Barlow’s interest in Africa, where he would teach on a Fulbright for two years, began in 1963 when he met Alphonse Okuku, a Kenyan studying at Antioch College as part of a program started by his brother Tom Mboya, one of Kenya’s independence leaders, that also included Barack Obama’s father. That interest remained latent, however, until it was piqued in the early 1980s by a girlfriend who would eventually serve in Peace Corps in Benin. Barlow applied for a Fulbright Fellowship and was invited to teach American Literature, American Studies and Composition to undergraduate and graduate students at the University of Ouagadougou in Burkina Faso. While there, he developed an interest in West African village life and traveled extensively in Burkina Faso, Mali, Togo and Benin. Under the influence of Carol Thompson, now the Curator of African Art at the High Museum in Atlanta, Barlow developed an interest in local art, especially in ceremonial masks. Thompson introduced him to mask-maker Poboye Konate, a master carver from Ouri, Burkina Faso, and Barlow still owns a small collection of the Bwa-Bobo style masks Konate made for him or sold him.

After two years in Ouagadougou, Barlow returned to the United States to defend his doctoral dissertation and to apply to serve in Peace Corps so that he could learn even more of West African village life. He was accepted into the animal-traction (plowing using oxen) program in Togo and was posted in the north of the country, not far from the border with Burkina Faso. On finishing his service, he reconnected with OKuku, visiting with him in Nairobi, Kenya and at the site of his family’s ancestral home on Ruzinga Island in Lake Victoria. He has returned to Africa several time since.